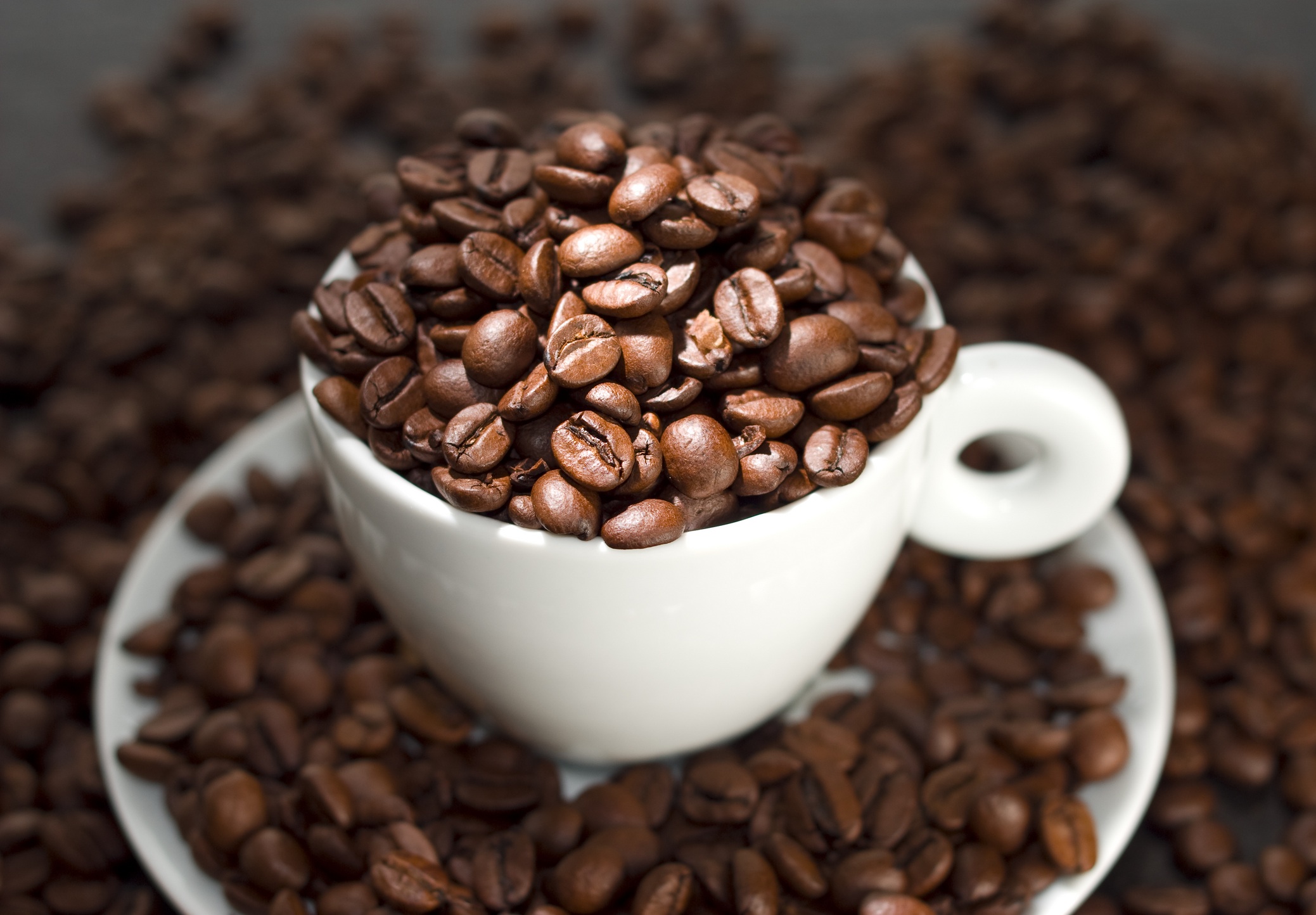 Is Coffee Good For Weight Loss

Before we ask if coffee is good for weight loss, we will first look at caffeine, a key ingredient in coffee?

According to the International Coffee Organization, approximately 3 billion cups of coffee are consumed worldwide every day.

Caffeine is the main ingredient in coffee. It is a compound that naturally derives from over sixty plant sources, including coffee beans, tea leaves, cacao seeds and cola nut seeds. Other than coffee we consume caffeine in tea, soft drinks, particularly energy drinks and colas, sweets, and some cold, allergy and pain medications.

The food and drug Administration considers 300 – 400 milligrams a safe amount of caffeine for adults to consume daily. Pregnant women should limit their caffeine intake to 200mg per day (American College of Obstetricians and Gynaecologists) and teens are advised to not go over 100mg. It is advised that children avoid caffeine (Mayo Clinic).

Everyone reacts differently to caffeine, especially smokers and those of ethnic origin. Some people are highly sensitive to its effects and even a small amount can lead to a jittery feeling, palpitations or insomnia. Headaches and upset stomach can be a reaction to caffeine as well.

Many of us depend on our morning fix of coffee to help us wake up before the day has begun. That’s because caffeine is a mild stimulant which activates the central nervous system combating tiredness and improving concentration and focus.

We start to feel the effects after fifteen minutes, the strongest effect apparent after forty-five minutes. Caffeine can keep you alert for three to four hours depending on how fast your body absorbs and digests it.

There are mixed views on the health implications of caffeine with the effects differing in each individual dependent on genetic characteristics and lifestyle factors. (Harvard School of Public Health).

We analyse the potential benefits along with the negative effects of consuming caffeine.

All in all, moderation seems to be the trick with caffeine. Finding the right balance means we can enjoy a guilt free morning pick me up but know when to stop to avoid any unwelcome side effects.

So, is coffee good for weight loss? Only in moderation. We ask you to limit your intake of caffeine. In addition, and as the image below clearly shows, please be aware of the sugar content of your favourite coffee. When it comes to your coffee hit, the plain Americano is your best option. 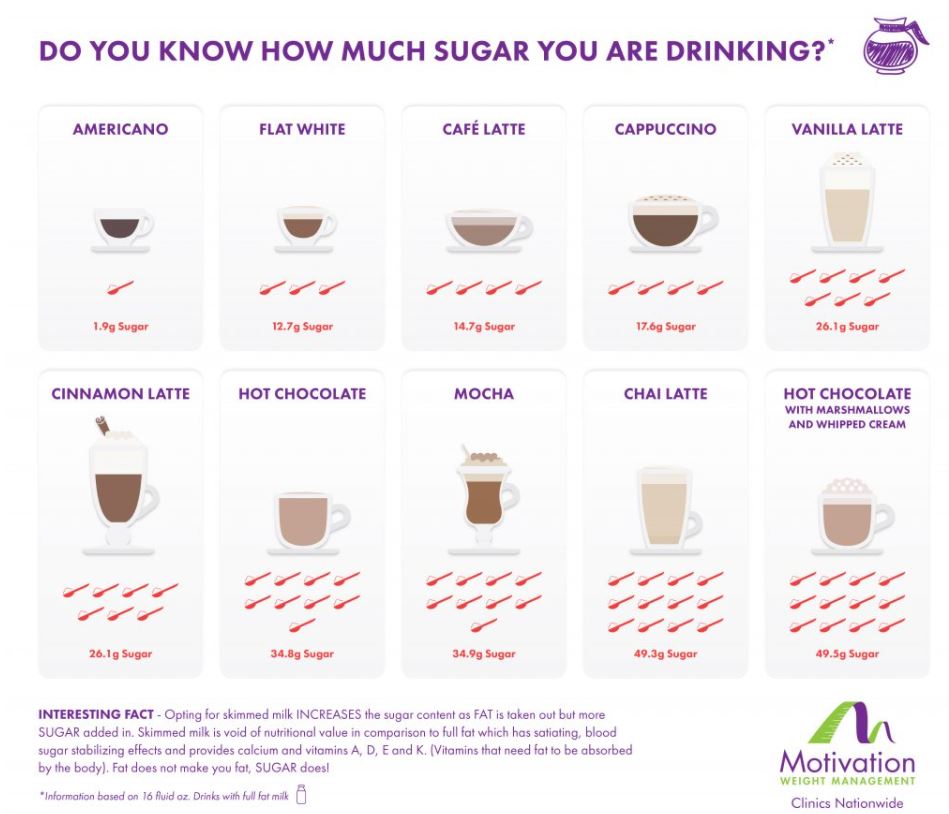