You’ve been diligently eating the right foods (and at the right times) and you’re exercising plenty, but then the dreaded weight loss plateau hits. It’s happened to us all. But although it’s incredibly frustrating, it’s important to realise that this is completely normal – It’s actually a natural part of the weight-loss process. Try not to panic and, whatever you do, don’t get discouraged. If you want to get things moving again, there are definitely things you can look at so that the weight loss plateau doesn’t stick around too long.

Often, something new can jump-start the body back into weight-loss mode. Our bodies are incredibly clever in that they become more efficient doing the same thing (meaning they burn fewer calories). Shake it up. Vary your routine. Try switching up your workout intensity, duration, frequency or exercises you do. If you typically do steady cardio, for example, incorporate interval training. If you typically do HIIT, go for a few longer cardio sessions each week. or try something new altogether. If you tend to just run or walk, try other activities like tennis, hiking, rock climbing or even boxing. Next, give your food an overhaul. Have you been eating the same thing over and over again? Again, our bodies get used to the same food. Find some new, healthy recipes to get you (and your body) interested again – check out our website or you could pick up a copy of the cookbook Deliciously Healthy in your local Motivation clinic.

Even though the occasional indulgence can actually help you stay on track (by not feeling too deprived and allowing for some flexibility), too much can derail all your efforts, leading to a plateau week after week. An extra bite here, a little nibble there – those calories DO count, even if they aren’t on your plate. Mindlessly munching on the children’s leftovers (such as pizza crusts and those last five or six chips) seems relatively harmless, but it could be what’s keeping you from seeing results. Also, when you start working out more, you might experience something called ‘compensatory eating’. That means you might be  over-eating after working out because you think you’ve burnt off lots of calories. Don’t be fooled. The food we eat is responsible for about 80-90 per cent of weight loss. Exercise helps (it can speed things up and can make weight maintenance a whole lot easier), but it’s the food we put in our mouths that really makes the difference.

In a ‘bigger is better’ culture, a lot of us devalue the importance of portion sizes. You might think eyeballing the amount of food you eat isn’t doing much harm, but it can make a big difference when you’re trying to shed those last few pounds. Even just adding in one medium potato every day can easily add up to almost 1000 extra calories each week. And, as we move very close to our target weight, sometimes being meticulous – and getting out the food scales again – is what’s required. Try cutting just 100-200 calories a day from your diet and see how what happens to your body fat. Why not more? Though it may seem counterintuitive, not eating enough can actually slow the metabolism – so it’s a fine balance. Remember that little and often is the key.

One of the best ways to overcome a weight loss plateau and get weight loss going again is with fibre. The mistake that some people make is that, with time, their food often gets a little dull and repetitive, often lacking in enough fibre. So focus on filling your plate with lots of colourful vegetables again, particularly one packed with the lower g.i. vegetables like broccoli, cauliflower, red and green peppers, spinach, lettuce, tomatoes, mushrooms, asparagus, pak choi and so on. The recommendation is that we aim for at least 30 grams a day from fresh fruits, vegetables, and wholegrains (most Irish adults consume half of this). Yet, one study found that for every gram of fibre we consume, we eliminate seven calories from our diets later in the day. Incredibly, that means if you hit the suggested 30-gram mark, you could cancel out 210 calories a day, – enough to result in a stone of weight loss over the course of a year.

As someone who is a self-confessed coffee addict, I find this one difficult to swallow (painful pun!) but your coffee habit may be halting your weight loss. A research team in Washington have found that drinking more than five cups of coffee a day can lead to increased fat storage around the middle. A different study found that subjects who drank five cups of green tea, and exercised for three hours each week, lost two more pounds than their non-tea-drinking counterparts. So what makes green tea so weight loss friendly? It contains fat-blasting compounds called catechins which seem to stimulate the use of fatty acids by liver and muscle cells. Even though green tea can mildly increase metabolism and fat burning, the effects are modest when it comes to actual pounds lost. However, every little bit adds up and it may work even better when combined with other effective weight loss strategies like reducing carbs and eating protein every three to four hours.

6 Cut Back on Salt

Sometimes the scale isn’t tipping in your favor because your body is retaining water, and this can be particularly noticeable if the weather is humid and you’re sweating more than usual (relevant if you’ve ramped up the exercise recently). Water retention and bloating can happen for a number of reasons, however, the most common cause is consuming too much sodium. Interestingly, experts believe that most of the salt we consume is not from the salt cellar on the table, but it’s from the processed foods we eat. Common processed foods that are high in sodium include: baked goods (including bread and buns), processed cheese, lunch meats, bacon, and sausage; pizza (frozen or fresh), snack foods such as chips and even some crackers, tinned soup, sauces and gravies or packaged rice and pasta side dishes. It’s yet more evidence again to suggest that we should cook our meals from scratch. Don’t be turned off by thinking you can’t ever cheat – it’s what you do most of the time that matters.

Eating regularly to lose weight may seem a bit counterintuitive, but we know it works. Many people think that skipping a meal will help them lose weight, but it doesn’t work that way. In fact, many clients who present to us on day one often admit that they used to go for hours without eating, and it’s one of many reasons that individuals gain weight. Why? Because not only does skipping meals slow your metabolism, it also causes blood sugar levels to plummet. When this happens, we tend reach out for the wrong foods (ie. foods that will convert quickly to glucose in order to ‘fix’ our low blood sugar). Instead, eating every three to four hours (and always making sure to eat protein every time you eat) will help keep your calorie-burn consistent throughout the day and will simultaneously ward off hunger that comes about from those exhausting blood sugar dips.

8 Be Honest about Water

This is a real struggle for some people. And most of us have good days and bad. But think about how bad a ‘bad day’ is? For some of our clients, that could mean just drinking one glass of water each day. This leaves them drastically dehydrated. One of the most overlooked aspects of a weight loss plan is adequate hydration. Not only can drinking water help to flush out excess salt hanging out in our system, it can keep hunger at bay and some scientists even believe that it impacts our metabolism. Dehydration also causes fatigue and lethargy, so our energy levels suffer and we’re far less likely to want to exercise. Keep a water bottle by your side constantly to remind you to sip throughout the day. If your urine is a dark yellow, it’s a sure sign you’re dehydrated.

In our experience, clients who become too focused on the scales don’t do as well, in the longer term, as those who aren’t too fixated and are happy other health markers, such as a healthy waist measurement and achieving a healthy body fat level.

Consider looking beyond the scales. Feeling better in your jeans and being able to hike up a hill without getting out of breath are just some of the many benefits to celebrate – and they don’t require you to hit a specific number on the scale. Try to focus on the process of being as healthy as you can, rather than a specific weight loss target and things will tend to go much better for you.

As with most of our tips series, we advise adopting one or two to start with. Then add as you become more comfortable and confident. The tips contained in 8 Tips to Overcome a Weight Loss Plateau are both doable and easily taken on board. 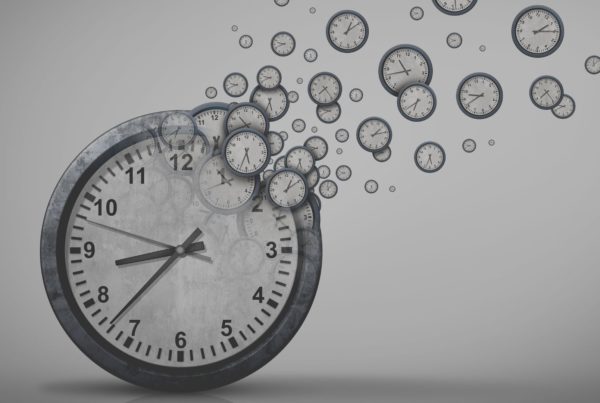