Learn How To Fail To Succeed At Weight Loss

By Maebh CoyleNovember 15, 2018No Comments

Succeeding at Weight Loss Means Learning How to Fail

It sounds like a paradox, but to truly be successful, it’s crucial to learn how to fail. And, although I struggle with this one myself a lot, I’m learning to become more comfortable with failure. Because I know that real growth and learning take place when we fail. In fact, failure is actually a critical element of success.

Bear this in mind; Thomas Edison, made not just ten but 10,000 first attempts to create a light bulb before being successful! And it took James Dyson’s fifteen years – and 5,126 attempts – to invent a bagless vacuum cleaner. These stories highlight how real innovation and creative thinking almost require setbacks and rarely take place overnight. They are the result of sheer determination, self-belief and an unwillingness to give up – that’s the true recipe for success – and the same goes for weight loss. It’s crucial to learn how to fail.

Think of someone close to you who isn’t afraid of failing. Those people who go out there and try almost anything. They seem to have an unwavering self-belief and battle on, regardless of their fear of failure. They don’t listen to that voice that tells them to stop and give up as it’s not working. They show patience and resilience, even in the face of adversity and struggle. Those people tend to, ultimately, succeed, don’t they? It may be a long series of failures, followed by success – but it’s success at the end of the day.

Next, think about someone you know who is constantly held back in life by a fear of failure. Is that person you? You may have a deep-seated, core belief that you’re just ‘not good enough’. Think about how you berate yourself for simply failing. Think of how those thoughts have held you back and have side-tracked you, away from your dreams and goals. Maybe it’s time to stop being so scared of failure.

Instead of fearing failure, we should learn that failures and mistakes are actually the way we learn and the way we grow. Some argue that it’s only really a ‘failure ‘when we fail to rise again after a fall. Maybe it’s time that we just accept that failure is along for the journey; it’s time to stop giving it so much attention, and to just move on with our dreams and goals. From our experiences, we must understand and learn what the underlying reasons for failure are; in effect, we learn how to fail and from that learning comes better odds for success.

Part of the problem with the media, particularly social media, is that we only see one side of the coin; always the image or the story of great success. But often, behind that great success, there was a lot of hard work and failures leading up to it. We don’t hear about those stories but they are part of most people’s journey.

Albert Einstein: Einstein’s teachers and parents thought he was mentally handicapped, slow and anti-social. He was expelled from school. He was also the only student from his University graduating class to have difficulty finding a teaching job because no professor would recommend him; the only job he was able to get was an entry-level position in a government patent office. This is the man who is known today as a genius.

J. K. Rowling: Before Harry Potter was published, she was almost penniless, severely depressed, divorced, trying to raise a child on her own while attending school and writing a novel. Rowling went from surviving on welfare to being one of the richest women in the world in a span of just five years through sheer hard work and determination.

Walt Disney: Today Disney brings in billions of dollars from merchandise, movies and theme parks around the world, but Walt Disney had many personal failures. He was fired by a newspaper editor because, “…He lacked imagination and had no good ideas.” After that, Disney started a number of businesses that didn’t last too long and ended in bankruptcy and failure. But he kept trying and learning from his mistakes, eventually discovering the recipe for success.

Beethoven: Despite his love of composing, many of Beethoven’s teachers felt he was lacking in talent and that he would never succeed, either in playing the violin or in composing. In fact, his music teacher once told his parents that he was too stupid to be a music composer; imagine if he had taken that to heart and gave up trying!

Michael Jordan: Most people are shocked to hear that the man often lauded as the best basketball player of all time was actually asked to leave his high school basketball team. Luckily, Jordan didn’t let this or other setbacks stop him from following his dreams. He’s known for talking about failure. He once said: “I have missed more than 9,000 shots in my career. I have lost almost 300 games. On 26 occasions I have been entrusted to take the game winning shot, and I missed. I have failed over and over and over again in my life. And that is why I succeed.”

Stephen King: King’s first book, Carrie, received around 30 rejections, finally causing the writer to give up and throw it in the bin. But his wife fished it out and encouraged him to resubmit it and the rest, as they say, is history. King now has the distinction of being one of the best-selling authors of all time.

Bill Gates: Not many people know that Gates actually dropped out of Harvard. He then started a business with Microsoft co-founder Paul Allen called Traf-O-Data. It failed miserably, but Gates did not despair and give up. Instead he learned from the failure and later created the global empire that is Microsoft.

Henry Ford: While everyone today knows Ford cars, not many know that Henry Ford wasn’t an instant success. In fact, his early businesses failed and left him broke five times. He was advised by countless people not to get into the manufacturing of automobiles because he had neither the capital or know how; imagine if he had listened to them or to his own self-doubt?

Vincent Van Gogh: During his lifetime, Van Gogh sold only one painting, and this was to a friend and only for a very small amount of money. While Van Gogh was sadly never a success during his life, he plugged on with painting, sometimes starving to complete his over 800 known works. Today, they bring in hundreds of millions each.

1. Be honest about what happened: where did you go wrong do you think? What would you do differently next time? What was the loss and what was the gain (because there’s often a hidden, personal ‘gain’ from failure). Is it just a matter of trying again?

2. Determine the role you played: instead of blaming the diet or the personal trainer or your partner, honestly look at your role in this. It’s often not outside circumstances that cause us to fail, but us ourselves. Don’t be afraid to face your mistakes – they do not represent or define you; they are just part of your behaviour.

3. Write it down: identify the lesson and keep it simple. What did you learn? Keep this in mind next time you come up against a similar challenge.

4. Ditch the perfectionism: acknowledge that you are a flawed human being, just like everyone else. Forgive yourself. Embrace the failure in order to move on.

5. Think about the story: if this is a story, then think about what happens next. Imagine yourself learning from your failure and moving forwards. What does that look like?

Wire your Brain for Confidence, by Louisa Jewell. In this book, Jewell suggests we focus on ‘learning goals’ instead of performance ones. She reminds us that mastering anything in life requires small steps and several failures along the way. This book could help you to achieve your goals, and to make the prospect of even trying less daunting.

I’m a real fan of Elizabeth Gilbert’s, author of Eat, Pray Love. I love her Ted Talk on success, failure and the drive to keep creating. It’s about creativity and writing, but you don’t have to be interested in writing to gain something from this. It’ll appeal to anyone who wants to achieve anything at all in their life. It’s about not giving up, it;s  about continuing to follow your dreams.

I’d like to leave you with one of my all-time famous quotes on failure, by Denis Waitley; “Failure should be our teacher, not our undertaker. Failure is delay, not defeat. It is a temporary detour, not a dead end. Failure is something we can avoid only by saying nothing, doing nothing, and being nothing.” In other words, if you try anything new at all, failure is almost inevitable. Don’t let it rattle your cage. Accept it; and then move on. 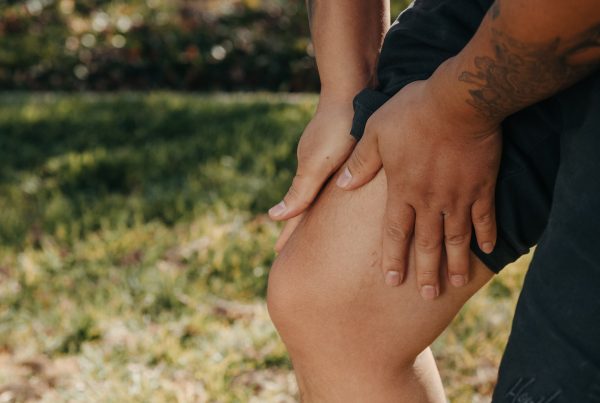 7 Tips To Lose Weight While Injured

How Does Stress Affect Weight Loss?