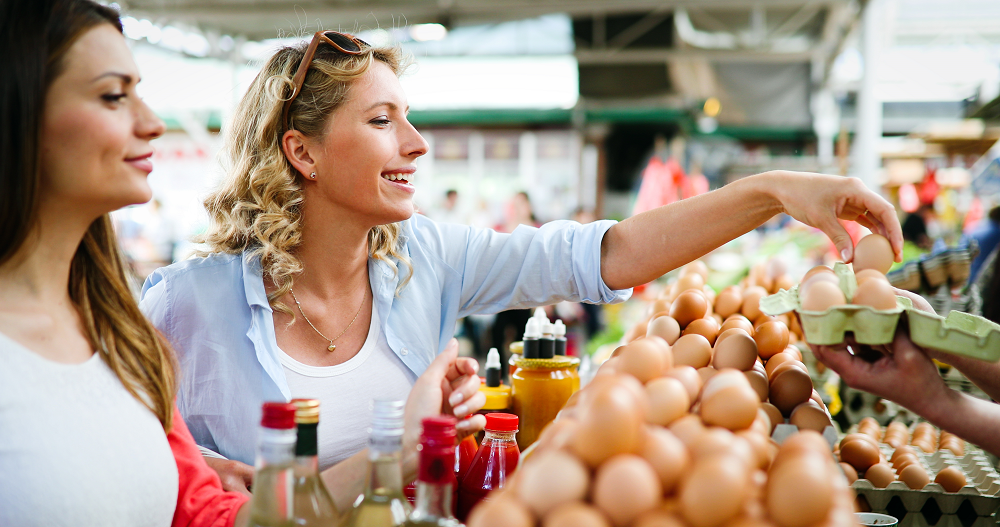 Are Eggs Super Healthy Or Not At All?

In my house, we often say that eggs are the perfect food – filling, satisfying, healthy, versatile, affordable and packed with high-quality protein. Not only that, but eggs also contain iron, phosphorus, fat-soluble vitamins including vitamin D, B vitamins, healthy fat, and other valuable nutrients. Eggs are super healthy!

Despite this, some people still have reservations about eating too many eggs. For decades, controversy surrounded eggs due to the high cholesterol content of their yolks (linked to an increased risk of heart disease). So what is the truth – are we fine to eat two or three eggs a day, or do we need to restrict it to less?

What’s the Problem with Cholesterol?

We usually produce all the cholesterol we need on our own, but it’s also found in the foods we eat including beef, eggs, cheese and butter. When it comes to eggs, one single medium-sized egg contains 186 mg of cholesterol, which is around 62% of the recommended daily intake (RDI). In contrast, the white is mostly protein and low in cholesterol.

Most people view cholesterol as a negative thing, due to the associations between high LDL cholesterol and heart disease. However, not all cholesterol is bad. In fact, it has a very important role in how permeable our cell membranes are and it is also used to make hormones such as testosterone, oestrogen and cortisol. It is also needed by the body to make vitamin D.

Researchers in the last few years haven’t definitively linked consumption of cholesterol to an increased risk of cardiovascular disease (the earlier studies, it appears, were based on small sample sizes and have been criticised). As a result, dietary guidelines no longer have a cholesterol restriction. As a result, the emphasis is now placed on limiting how much saturated fat (ie. red meat/butter/pastries) we consume, which can increase the risk of developing cardiovascular disease, rather than on the amount of cholesterol we consume.

Read our blog on how even moderate weight loss can reduce your risk of heart disease.

What the Research Tells Us

According to lead author Mahshid Dehghan, “Also, no association was found between egg intake and blood cholesterol, its components or other risk factors.” In other words, consuming one egg a day does not appear to have any impact on your blood cholesterol levels. But what about levels beyond that? What about two or three eggs a day, particularly for healthy individuals with no history of heart disease or diabetes?

Is Two or Three Eggs too Many?

A number of more recent studies have examined the effects of eggs on cholesterol levels. These studies divided people into two groups — one group ate between one and three whole eggs per day while the other ate something else, such as egg substitutes.

These studies show that, in almost all cases, ‘good’ HDL cholesterol increases, while total and ‘bad’ LDL cholesterol levels usually remain unchanged (although they increased slightly in some) with this level of egg consumption.

The results suggest that response to eating whole eggs depends on the individual. In most people (70%), eggs had no effect on total or ‘bad’ LDL cholesterol. However, in just 30% of people, these markers do increase slightly.

Also, although eating a few eggs per day may raise blood cholesterol in some people, eggs appear to change the LDL particles from small and dense ones to large ones. People who have predominantly large LDL particles have a lower risk of heart disease. So, even if eggs cause mild increases in total and LDL cholesterol levels, there is no cause for concern. The science clearly demonstrates that eating two to three whole eggs per day is perfectly safe for healthy people.

Check out our yummy egg recipes:

And don’t miss our great blog on 8 essential ingredients to have in your fridge, including eggs!